What WE Can DO To Stop These School Shootings 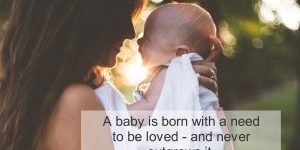 It’s another week and yet another horrific school shooting. And we find ourselves once again, wringing our hands over it, feeling scared, helpless and angry. I debated whether to write this blog at all, but felt compelled to find the courage to really share my thoughts and ideas with you. Something must be done.

I’ve thought a lot deeper about this issue in the days after this latest school shooting. I’ve read articles and listened to news reports. I’ve talked with my children (again) about school violence. (I must admit that I am getting pretty tired of having to have THAT discussion with them regularly.) This to me is beyond the cold war era where kids had to practice hiding under their desks. The potential danger that our children face today is perhaps the greatest danger that we have known as a society. And the cell phone videos taken from inside that war zone this week make the terror even more real and chilling.

In the wake of these school shootings, people rush to begin arguing about gun laws. While I tend to keep my political beliefs to myself, I will be the first right now to tell you that I believe in strict, common-sense gun laws. Guns scare me. I wish they were never invented. I wish no one owned them. But I understand philosophically why many people want the right to own them. And I do not choose to try to take away their rights. I have found no discernible reason why anyone outside of the military needs a semi-automatic weapon, but that is beside the point I am trying to make here. While arguments on both sides of the gun debate have reasonable merit in my opinion, the problem is that this debate clouds the deeper issue surrounding these mass shootings – school and otherwise.

There is a deeper issue, in my opinion that gets clouded over when people dive into the gun debate. And that issue is mental health in our country – the broken system and the great pain, sadness and disconnection among people. THIS is where we must focus our attention. The gun debate will rage on and on and I believe the problem with that is that little seems to get accomplished where that debate is concerned. There is an obscene amount of money behind that debate, as well as fear on both sides – fear of guns harming people and fears of people losing their right to bear arms. When FEAR is motivating our actions, nothing good comes of it.

After Sandy Hook, many called for changes to gun laws and nothing much changed. After Las Vegas, many called to outlaw certain items that shooter obtained and so far, nothing has changed, and now again, more calls for gun law changes and only time will tell what happens, but I frankly don’t feel all that hopeful. Instead of sitting around wringing our hands, frozen with terror and trauma and arguing endlessly, WHAT CAN WE DO????

Let’s look a little closer at this young man’s childhood. He was adopted. For whatever reason, his biological parents were unable or unwilling to care for him. Along came a couple who took him into their home to raise him as their own. It appears that his adoptive father died when he was about five. That’s another trauma this young man faced at a young age.

His attorneys paint a picture of a young man who had a chronic battle with mental illness and depression. He apparently spent some time in a special-needs school and had been expelled from several schools, including the one where he carried out his carnage. His adoptive mother appears to have done as much as she could to help and support him, and those who knew him said she was his entire world. She tragically died last fall from the flu and pneumonia which appeared to send him over the edge.

He reportedly had few friends and was bullied by his peers.

He would introduce himself to others as a “school shooter.”

Police were called to his house 39 times over seven years.

A neighbor recorded him from her window shooting at things in his backyard.

He had a long digital trail of alarming posts on social media showing a fascination with violence of all kinds.

Bullied, eccentric, lonely, different – and a child who fell through the cracks.

I watched a video of his first court hearing and he was looking down, hunched over and looking like a tiny, frightened child. It was inconceivable to imagine the young person I was seeing on this video was capable of the atrocities that he committed. And his defense attorney was standing next to him rubbing his back offering him comfort. It was a scene reminiscent of a mom comforting a scared child. And I couldn’t help but wonder how many had comforted him for the first 19 years of his life…..

And the frightening thing is that he is not the only child in the US who is falling through the cracks.

Mental illness has a huge stigma attached to it. It seems acceptable to talk about our physical pains and ailments. But when it comes to our emotional wounds and our mental illness, it becomes much more hushed, secretive and shameful. Why is that? How is a broken heart any less significant than a broken arm???

I have spoken with many mothers who are angry and scared and fed up. They want to DO something, but what?

Too little, too late?

One article I read ended with a quote from this young man’s defense attorney, who said that they “are trying to save this young man’s life.” This sentence stopped me in my tracks. It should not be the responsibility of his defense attorneys to save his life AFTER he killed 17 people. As painful as this may be to hear, it is our collective responsibility to have attempted to save his life BEFORE he committed this heinous act.

Maybe there were teachers who saw something and could have done something but didn’t.

Maybe there was a student who could have reached out to be kind to him who chose not to.

And certainly those kids who reportedly bullied him should never have done whatever they did.

Maybe his mom, although she tried hard to help him just didn’t know how to access services which would have been more helpful for him.

I have a friend who sought mental health counseling for her child and it was nearly impossible to get the help he needed. This is an intelligent, responsible woman who knows how to navigate things, but yet she found it so difficult to get her child the appropriate help.

So what can we do?

As a therapist for 20 years and a parent coach now, people frequently contact me looking for referrals to therapist, psychiatrists and particularly child psychiatrists. My referral list is frighteningly small. Having been in the field for over two decades, there are very few professionals I feel comfortable recommending. And when it comes to pediatric psychiatry, there are very few professionals period in my local area. And the wait is so long that it is difficult to get seen when your child is in acute crisis. Navigating the insurance aspect of mental health is another nightmare. We must make mental health services more accessible to people and we must make the discussion of mental health less embarrassing, shameful and secretive.

We must teach our kids to be kind. Above all, be kind. They will encounter people who are very different from them, people with different ideas, opinions, interests and activities. The single most important thing we can teach our children is to be kind. Would I be writing this article if this young man had never been bullied and had instead been embraced by his peers to the degree that they could?

We must teach our children that they ARE LOVED and that they ARE VALUED. Not for what they can accomplish or what they are good at, but just for existing. Their lives are precious. When a person has a deep reverence for the gift and value of their own life, they are not capable of taking another’s. This young man clearly did not understand this concept.

Students, teachers and each of us need to know how to report alarming people, behaviors and comments when we encounter them. And law enforcement needs to know what do to with these reports. I don’t claim to have any insights at all in this area, as it would be impossible to investigate every off-handed comment an emotional teenager makes. But clearly this young man had multiple red flags that went unaddressed by all who knew him and encountered him.

The power of kindness

The quote poster for this blog says it all – A baby is born with a need to be love – and NEVER outgrows it.

I wrote a book about kindness. I truly believe it can solve so much of the world’s troubles. Take this conversation I had with my wise, sweet, compassionate 12-year-old daughter in the wake of this latest school shooting. I could not express it better myself.

Me: Did you hear the news?

Her: About the shooting? Yes.

Me: How do you feel?

The Importance of Kindness to Yourself
July 22, 2015