Today’s Lesson: There are Good People in the World 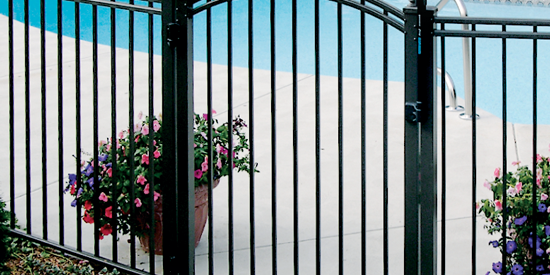 My 11 year old son is getting bigger, and so are his friends. And along with their increased size comes increased physicality and roughness in their play. Recently when they were playing …in the pool, they managed to break the bracket that holds the drop rod that keeps the pool gate safely closed and locked. I let him know that I would call the company to get a replacement part, but that he would be responsible for the cost since he and his friends broke it. I called the company (Jerith) and spoke to a nice man named Andy who told me he would send me a replacement part for no charge. When I told him how happy my son would be to hear that he was not going to have to pay for that part, he jokingly told me I should tell him it cost several hundred dollars. I then said that actually, what I was going to tell him when he gets home from school is that there are many kind, decent people in the world and I came across one today who helped my son out. So that is the lesson that I will teach today; when you mess up, you are responsible for making things better and sometimes, there are nice people in the world who will make your burden a little less to bear.

Today is a good day!

Do you need a gratitude reminder for life? Then read on!
September 14, 2018

What WE Can DO To Stop These School Shootings
February 17, 2018