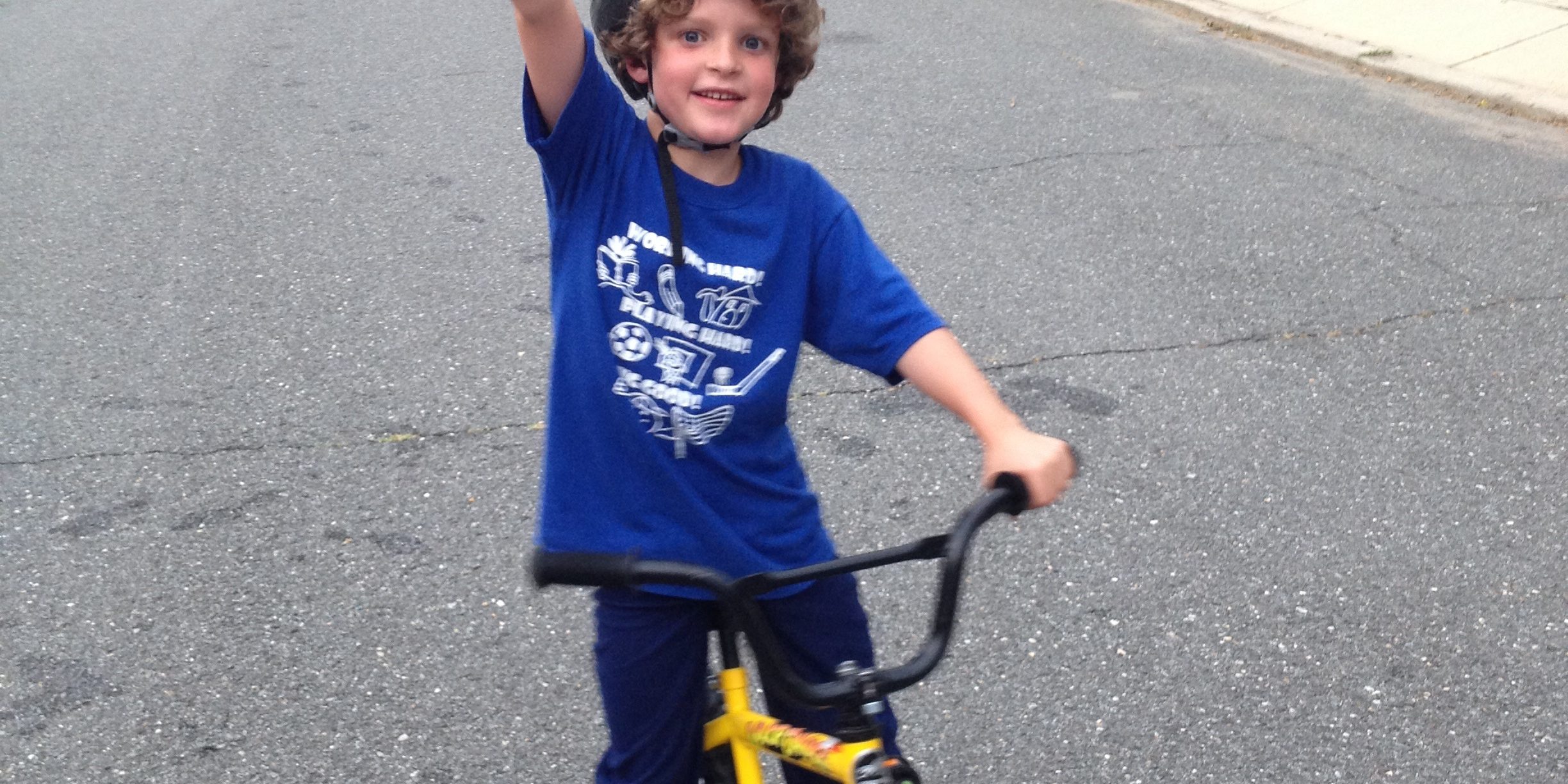 I have been mindful to fully absorb and bask in the joy I found in this victorious experience for my son. This is one of those parenting moments which is so rich and fulfilling that I know it will hold me up through the more difficult moments that will inevitably occur. These are the moments we must hold on to so that we have the energy we need to get through the tougher times. It is when we are rushing through our days and we do not get the chance to slow down and really appreciate these events for the gifts that they are. Coincidentally, these past two weeks have been very laid back and slower for our family, which certainly allowed me to fully appreciate this event in his little life and mine.

I wanted my son to ride his bike when he was four. I could have forced him to practice every day until he got it, and we would have both been miserable, but I knew that was not the approach I wanted to take, nor the way I want our relationship to work. I knew it was right to go at his pace. So even though it may have taken him longer than it takes other kids, he is now officially a bike-rider, and he learned a lot about his own courage in the process.