Evolve to a higher level 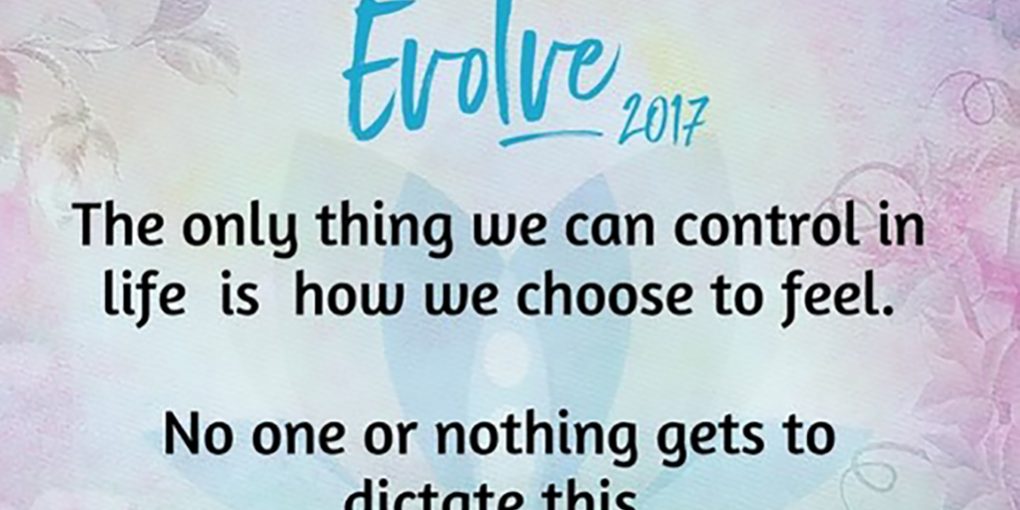 I am just now recovering from a fabulous trip I returned home from six days ago. It was to attend Dr. Shefali’s Evolve 2017 event in Long Beach, CA. This Evolve conference is consistently filled with much learning and growth for all involved.

This year’s speakers included my dear friend Renee Jain, head storyteller at GoZen, who talked about Minding the Gap – that four seconds after you are triggered, so that you can be mindful of the verbal and physical reactions you might want to have, but instead pause for four seconds to allow all those things to cross your mind as you dump them out, giving yourself precious time to come up with a response that will heal, connect and move the situation forward rather than a reaction which will keep you both stuck, and cause hurt feelings, regret and guilt.

Additionally, Rev. Michael Beckwith, founder of The Agape Spiritual Center in LA spoke about his wakeup routine. He does three things – he feels gratitude, brings himself to the present moment and asks “What’s my assignment?”

The Dangers of a Checklisted Childhood

Another speaker, Julie Lythcott-Haimes, former Dean of Stanford wrote How to Raise an Adult: Break Free of the Overparenting Trap and Prepare Your Kid for Success. She spoke about the crazy race to nowhere parents have their kids on, especially once they hit high school. Julie then spoke about her own struggles as a helicopter parent and how she did “everything right.”

She bought a fixer-upper in a neighborhood she couldn’t afford in Silicon Valley so she could send her son to the “best” school. This was of course an attempt to increase his chances of getting into Stanford. He was over-scheduled, overworked and stressed out.

She noticed, though he was an avid pleasure-reader, he stopped carrying a book to school in his pocket. Re-evaluating the tremendously heavy course load he had that school year, she suggested to him that maybe he should consider dropping a course to lighten his load. His response was “Oh my goodness Mom, can I?”

After all the Evolve-ing she did in this process and with her son, she just sent him off for his freshman year at Reed College, which is certainly not Stanford, but is a much better fit for her son. Julie’s story touched me because I work with so many parents who feel caught up in this race to nowhere, not realizing that they are driving their children into the ground and that the solution is to.just.stop.

There were so many other wonderful things during this weekend that I will be writing about in future blogs, but for now, I want to share with you all that Dr. Shefali is offering an unprecedented sale on all of her courses. For the next 48 hours, she is offering 50% off! Simply click here and enter EVOLVERS in order to get your discount. Her most powerful (and current) course is called The Year of the Awakened Heart. Join me and the over 400 other people in the course who are showing up, doing the work and evolving in their relationships with their children, their significant others and most importantly themselves.

Dr. Shefali is a dear friend and mentor of mine and I believe that all parents could benefit her wisdom teachings.