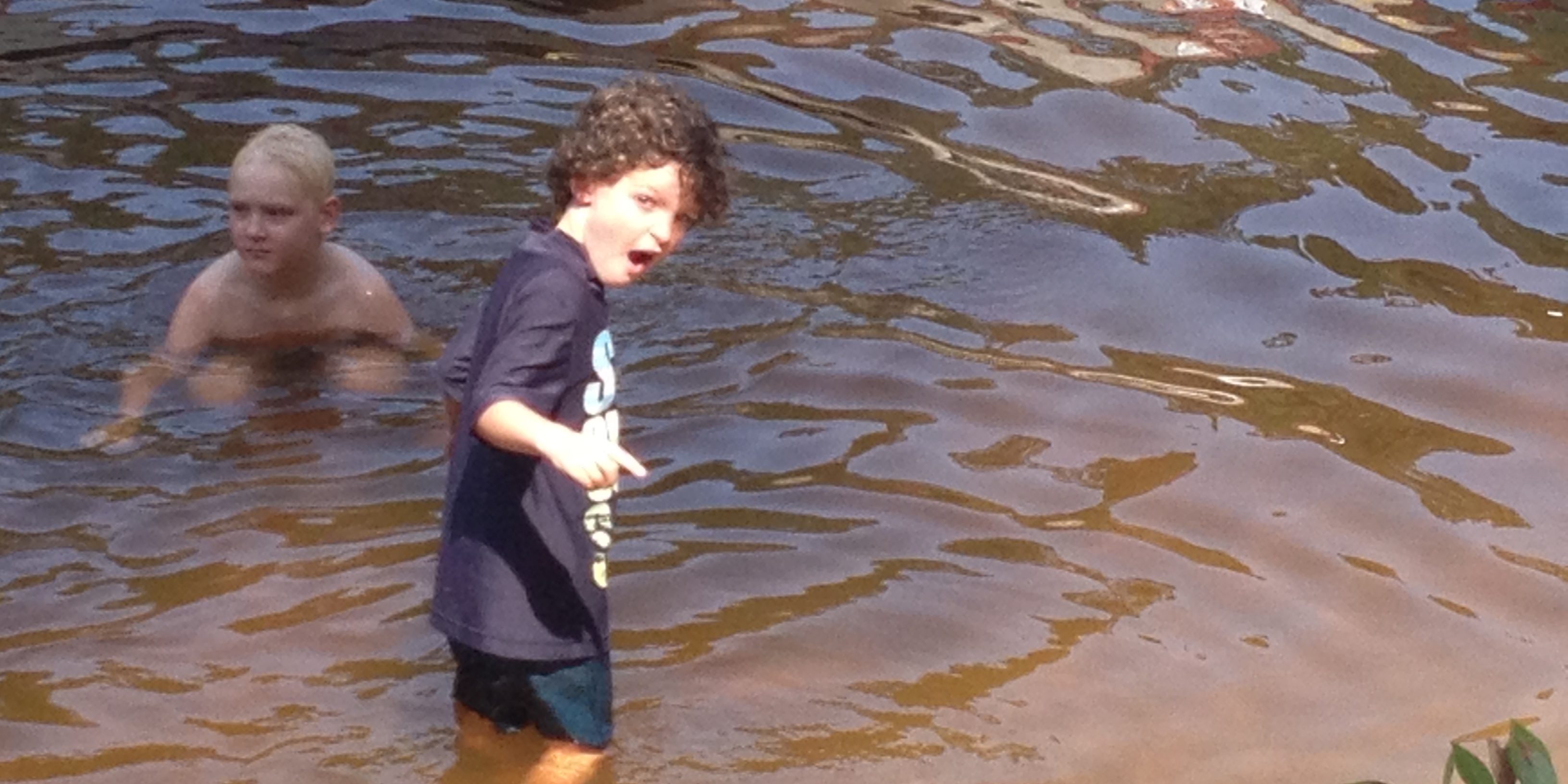 This week was my 7-year-old’s first time at Cub Scout Camp. For the most part, he was excited to go and spend the week with his friends. I say “for the most part” because he is usually wary of new or unfamiliar experiences. There was one activity in particular that he did NOT want to participate in: swimming. You might think it is because he does not know how to swim. Quite the opposite, in fact; he has been on a competitive swim team since he was four years old. He was most likely the strongest and most capable swimmer in his group. This moment at camp took all of my conscious parenting training.

In the days leading up to the camp, he announced several times that he would NOT be swimming in the lake at camp. Knowing him as well as I do at this point, I let the comments pass without a long discussion. When the first day arrived, and our group walked to the lake for the swim session, he refused to change into his bathing suit. He just sat there on the bench, refusing to swim.

His good friend came over and suggested that he take the harder swim test, because he is such a good swimmer. Brady did not even respond to his comment. The entire time the other boys swam and enjoyed themselves, Brady just sat there watching them. 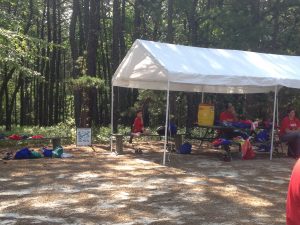 During this time, my blood was boiling and my heart was breaking.

I KNOW he is the strongest swimmer in the group.

I KNOW he can do it!

I KNOW there is no reason that I can fathom why he would not swim with all of his friends!

LOOK at what he is missing out on!

But my recent study in conscious parenting allowed me to recognize but NOT act on those feelings that were welling up inside of me. I simply acknowledged in my own mind that as a “go-getter,” it is annoying and wildly uncomfortable for me when my children don’t just dive into new experiences. However, understanding Brady the way I do, I know that he needs time to warm up to new experiences and eventually he may or may not end up participating. But if I push him, there is no way he will participate. In addition, we will end up disconnected, I will be angry, and he will not feel supported, heard, or understood. None of that is what I want.

So I just let him sit there, by himself. Two times during the swim session, I went over and calmly asked him if he was going to end up swimming that day. He said no the first time and the second time, he became so angry, gritted his teeth together and seethed “if you don’t stop asking me, I am not going to want to live with you anymore!”

That is when I knew to back off so I walked to another bench and sat by myself. A few minutes later, when he had calmed himself down, he came over and put his arms around my waste. I hugged him and told him that I was feeling sad because something was preventing him from swimming with all of his friends and that I wished we could figure out what it was so that it no longer stopped him. He seemed receptive. So I asked him:

Are you afraid you will not pass the swim test? No.

Are you afraid everyone will look at you? No.

Are you afraid your friends will expect you to be the best swimmer? No.

Do you not like that it is a lake and not a pool? No.

Do you not like the sand on the bottom of the lake? No.

I had run out of ideas, and I told him so. I also told him that I was happy to keep talking if he wanted to try to figure this out. He said no and walked back to his bench to sit all alone. And I did not follow him.

No action is still action

When the swim session was over, two of his friends came over and asked him why he didn’t swim. He did not answer them. Then, the lifeguard lined them up and passed out beads for all the boys who participated. He handed Brady a bead, and I told the lifeguard he would have to give it back because he did not participate, but I added that “maybe Brady would swim tomorrow.” The lifeguard took the bead back and continued down the line.

This crushed Brady, and all he could do was stand there in line with his friends, holding his head in his hands so they would not see him crying. I felt so bad. I wanted to run over and “make it all better” for him, but I knew that he needed to walk through this experience, and so I hung back and allowed it to unfold for him. He finally pulled himself together and walked to the next activity.

At bedtime that night, Brady asked if I thought he would have to take the swim test just to go ankle deep in the first part of the lake. I told him I wasn’t sure but that we could ask the lifeguard the next day. Clearly, he was thinking and processing this “problem” of his. With that, he fell asleep. The next morning, he decided to get dressed in his swimsuit rather than shorts “just in case.” I just smiled but did not say anything about it. When we arrived at the lake the second day, Brady pulled off his shirt and ran to jump in the lake with the rest of his friends.

I smiled to myself and inside did a little victory cheer. I was so happy that my little guy was able to overcome whatever was holding him back from participating. 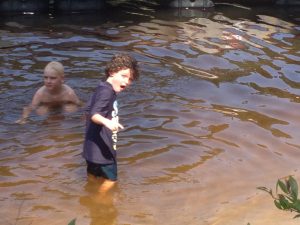 If this scenario had occurred prior to my PCI parent coach training, or before reading The Child Whisperer, or before reading The Conscious Parent and Out of Control, and all the work I have done to become a more conscious parent, I would have carried on and tried to push, force, or otherwise cajole and manipulate him into swimming that first day, all because of my own anxiety about him not participating and missing out.

And it would have ended with both of us being miserable and upset with each other. This was a much better approach and a much better outcome. It reminds me of a quote by Maya Angelou: “People will forget what you said, people will forget what you did, but people will never forget how you made them feel.” In years to come, my son will not remember whether he swam four days or five at Cub Scout Camp, but he will remember feeling loved, supported and connected to me, and (this time at least) he ended up having a lake-full of fun with his friends a day later.

This is conscious parenting in action. And this is what I help my parent coaching clients with every day.