Thoughts on all things Hurricane Harvey 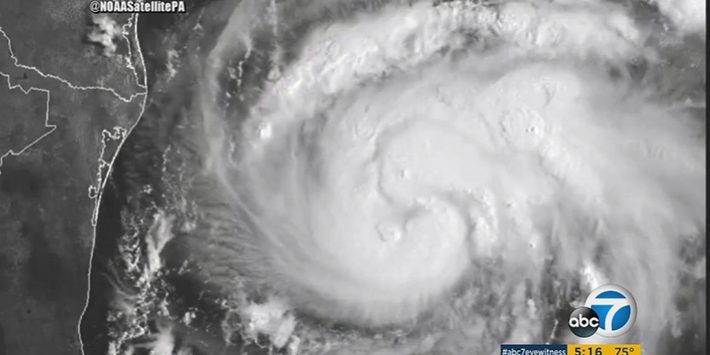 This past week has found me somewhat consumed with developments around Hurricane Harvey. Try as I might, I just cannot get the situation out of my mind. I have learned over the years with disastrous, upsetting situations to not focus on the horrific images or tragic stories of the people affected but rather, I have learned to look for the heroes, the everyday people doing extraordinary things. And this hurricane disaster has been no different. There are endless stories of heroism, courage, bravery and generosity. 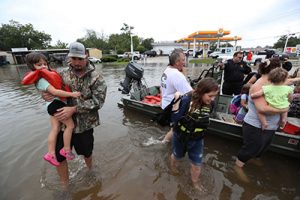 The Cajun Navy for example, is an extraordinary group of kind, generous volunteers who formed their group in the wake of Hurricane Katrina. This past week, the group showed up en masse with their boats in Houston to help their fellow humans. Using an app called Zello and the power of a person’s voice, which can communicate far more information than text alone, they’ve spent days rescuing people stranded in flooded homes.

There are the residents of a Houston apartment complex who formed a human chain to help a woman in labor and her husband get safely to the emergency vehicle so that she could go and deliver her baby, who is now safe with her new Mama. 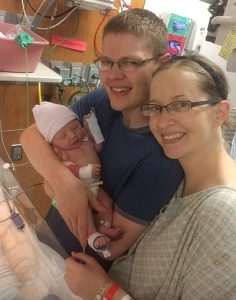 The proud parents and their new baby

Or the people who formed a human chain to rescue an elderly man who was trapped in his car and about to drown. 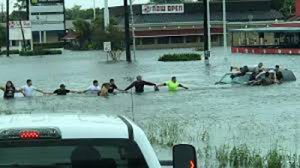 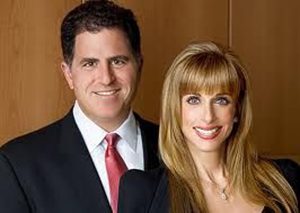 And people are coming out in droves to support those affected by the hurricane. There is a long and growing list of companies and celebrities donating significant amounts of money to support the recovery effort. Michael Dell, co-founder of Dell computers and his wife have donated $36 million to the effort and hope to raise $100 million. For every $2 donated up to $36 million, they will match an additional $1. 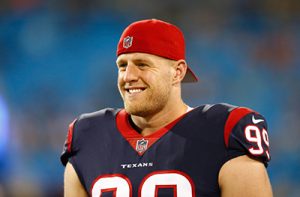 Houston Texans’ Defensive End J.J. Watt so far has raised $13 million towards recovery efforts. His initial goal was to raise $200,000 but he surpassed that goal in the first two hours, breaking the website YouCaring.com he was using to raise the money. He managed to get in touch with the CEO of the site, who helped to get it back online to raise more money.

His new goal is $15 million, and he adds that to the 9 tractor trailers filled with relief supplies that his J.J. Watt Foundation has collected in his hometown of Wisconsin.

And companies like Walmart, FedEx, Comcast, UPS, Verizon, Abbott and others  thus far have donated over $170 million to hurricane recovery efforts.

Everywhere you look, there are examples of people helping each other, rescuing people from flooded homes, organizing the collection of relief supplies, donating money and everything in between. While the price is extremely high, both monetarily and emotionally (I have read estimates of the damage cost surpassing $75 billion, making it the most expensive disaster in the history of the US), this disaster comes at a time when our country desperately needed a unifying event.

The best of humanity

The divisions caused by our political climate have had us careening out of control for some time, causing ordinary citizens to wonder about the future of the United States of America. But this week has shown the resiliency of the human spirit, and the ability of people to put aside their differences and get down to what really matters – helping each other. No matter whether we are black or white, male or female, gay or straight, religious or not – what will move this country and our planet forward and save humanity, is L-O-V-E.

It is no more complicated than that. Why does it take a devastating natural disaster to focus on what really matters?

And how can we take the lessons from Hurricane Harvey and bring that same spirit into our daily lives, particularly towards those with whom we may disagree?

It sure is something to think about…

Who Should We REALLY Be Celebrating On Valentine’s Day
February 13, 2018

Navigating Technology in our Families: An Excerpt with Dr. Shefali
January 8, 2018

Boundaries: When are they negotiable?
August 1, 2017