A different approach to resistance 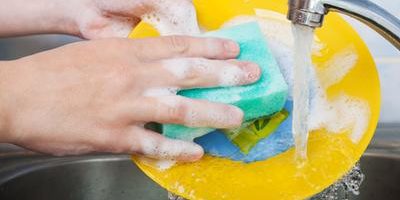 I was giving a talk recently with my colleague to foster, adoptive and biological parents about conscious parenting and we got on the subject of discipline. One foster mom raised her hand and said that she gave her teenage foster daughter a cell phone and when she did, she told her it was because she had been doing so well and she had earned the privilege of having a phone, but that if she did not continue to make good choices, she could lose this privilege (setting loving but firm boundaries – an excellent approach). A little later on, her foster daughter was not doing the dishes as she was supposed to do, so this mom took away her cell phone. She felt justified in handing out this “punishment” because she set the parameters, boundaries and expectations for the girl when she gave her the phone. This is an interesting issue that comes up frequently for parents, especially with screen time. I explained that we as parents naturally want to “go for the jugular” when we want to get our kids’ attention and compliance (because we are coming from a place of fear and it makes us want to control them). When they act out, it is very normal to think that we should take away what is most valuable to them in order to force them into compliance, because we know it will work. And with most teens who have a phone, it is their most valuable possession. I pointed out that this decision would most likely get the girl to do the dishes (compliance), but at what cost to their relationship?

I then told this foster mom about a parent I recently coached who has always had an issue with doing the dishes that goes back to her childhood: Doing the dinner dishes was her chore and she hated it, but her step-mom would not allow her to leave the kitchen until the job was done. She would do anything she could think of to stall – read a magazine, talk on the phone – and she would be there stuck in the kitchen for hours every night. And she resented her step-mother for it. To this day, she still hates having to do the dishes and her relationship with her step-mom is still somewhat strained. She has a very long history with the dishes. For this mom, family dinnertime is a sacred part of their day and so she worked with me to reframe the chore of doing the dinner dishes. Now, she looks at that task as a natural conclusion to the sacred act of eating a meal together, and she finds it much easier and less annoying to do the dishes in this spirit. This foster mom was inspired by this other mom’s story and said she wanted to go home and talk to her foster daughter about how they might be able to work together to make sure the dishes get done.

During this same talk, another foster mom raised her hand and told us about her teenage foster daughter, who has lived with her for a little over a year. When she first came to her home, this girl did not want to shower. It was an ongoing struggle to get her do this simple act of daily hygiene. This loving and very conscious foster mom did not resort to threatening or punishing or shaming this girl in her care. Instead, she connected with her. She talked to her and was curious about why this young girl seemed not to want to shower. At that point, one of the social workers in the room pointed out that when kids come into the foster care system, we really have no idea what their past experiences are or what their triggers are, or why they do what they do. This girl could have been abused in the shower, or some other traumatic thing could have happened to make her not like taking a shower. It could even be as simple as the electricity went out once when she was in the shower and so now she is scared each time she gets in.

Fortunately, her story was not quite that serious. Doing the work of exploring this issue, the foster mom discovered that this girl has sensory integration issues (specifically tactile defensiveness) and really did not like the way a wash cloth felt. So she got this young lady a Loofah sponge, and the problem vanished – gone, just that quickly. Obviously, not every issue can be resolved that easily, but it is still vitally important to try first to connect with the child instead of resorting to shame and punishment all in the name of “discipline.” If not for this loving and conscious foster parent, this story could have had a much different ending with a lot of hurt feelings and resentment.

When you have a difficult interaction with your child and maybe your child is resisting doing something s/he is being asked to do, can you step back and look at the situation from a different angle to see if there is something else that might be going on that needs to be addressed? And then approach your child to have a conversation about this situation that you are curious about rather than just to talk about the punishment that is coming? This approach completely changes the tone of the interaction and thus, the energy between the two of you.