Connecting As Well As Correcting 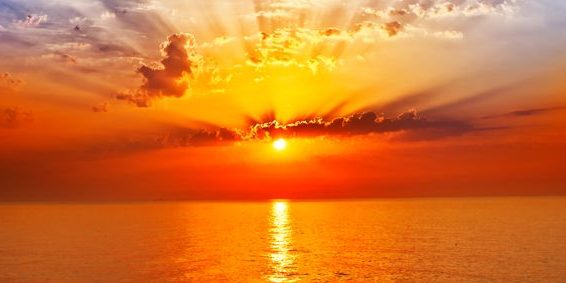 One of the adoptive parents with whom I work had a frustrating experience this Christmas with her 11-year-old adopted son. They gave all the kids one gift to open on Christmas Eve and when she gave one to him, he shook it, said it sounded like a puzzle and then threw it across the room. She was very upset by his response and she very firmly told him that his behavior was unacceptable and that she never wanted to see or hear that again. She then took the present away and told him she was no longer going to give it to him. He asked her several times if it was indeed a puzzle and she refused to confirm or deny.

Needless to say, this mom was very upset by her adopted son’s reaction to his Christmas gift. She has poured her heart and soul into trying to welcome this boy into their family and raise him with love. During our session, we first talked about why she had such a strong reaction to his throwing the gift across the room. She came to recognize that, being someone who consciously tries not to be overly materialistic, she was offended by his reaction because she felt as if he “took a shot” at the lifestyle choices she and her husband are making. She gained awareness of her own triggers. Next, we talked more in-depth about his reaction and where it might have come from, especially considering his reaction was out of character for him. I pointed out to her that prior to coming to their home this boy had lived with his grandparents and his aunt and uncle, who are all fairly affluent. When he lived with them, he got every material thing he could possibly have wanted. Then when he entered foster care, he was in three different foster homes that were affluent as well. Over the gift-giving holidays, he has been given some very, very nice gifts from these other families. These adoptive parents live a modest life and do not overindulge their children in material things, which is quite different from what he has known in the past. Is it quite possible that his reaction had more to do with how he had been treated in the past than how he was being treated in that moment?

This realization stirred greater compassion in this mom. Next, we talked about how things had been left between him and her as a result of this interaction. I asked her a question I once heard from the brilliant Dr. Shefali Tsabary: Did her reaction to him throwing the gift foster greater connection between them or further increase the distance between them? This is not to say that she would be wrong to give him consequences for his behavior – quite the opposite. Conscious Parenting involves being aware of and communicating our boundaries for our kids and allowing natural consequences to occur when they step over them. But that should be not be done without being intentional about re-establishing connection after the outburst on his part. Even when we get upset in the moment as all parents sometimes do, it is vitally important to revisit the situation when tempers have cooled. We created a plan that she would talk with him alone about how he had reacted and why that was so upsetting to her. She would also help him try to figure out why he had reacted in that way. If it fit, she would talk about the value of material things vs. the value of quality family time and why the latter matters more to her. She felt much better about how she would handle this situation with her son after our session, and was certain it would build more connection between them.

How many times do we as parents react with high emotion in the moment with our children? Each of us is human and we all get to that point at times. But when we do, the first step is to take some time to view the situation through a wide-angle lens. We must ask what it was that triggered us. What stories from our past has this current situation brought to the surface, and where can the healing for that begin? Second, we must revisit the interaction with our child in order to try to repair some of the damage that might have been done and to restore the connection between us and our child. We have all heard the adage “the only person you can change is yourself,” which is so very true. When our child overreacts to us, it is because there is something deeper going on; perhaps something as simple as too much stimulation or being hungry or overly tired, or perhaps there is something even deeper at work. But we must realize that their overreaction has nothing to do with us; it is coming from something with them. By the same token, when we overreact to our child, it really has nothing to do with our child, and everything to do with something that is going on within us. They project onto us and we project back onto them. It is through becoming more aware of this fact that we are able to transcend the situation in order to get to the real root of the issue, stop the tennis match between us and connect more deeply to our child in the long run.