When Mistakes Are Made… 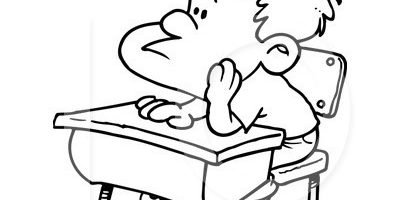 Last week, I got a call from our middle school’s vice principal. I wondered why she would be calling me – certainly not because of something my 7th grader had done. My neighbor and I recently met with the vice principal and principal of our school to talk about the school discipline policy and how to improve the climate in our school. Certainly, she must be calling to follow up with me on that meeting, right? Wrong. She was calling to tell me about an incident at school involving my son.

Apparently, a boy said something inappropriate to my son and he repeated it back to his classmate, only louder. A female student overheard and thought the comment was directed at her, so she went to the office and told the vice principal. I was at once shocked and embarrassed over what my son had done. Thankfully, I had almost an hour to process my feelings and figure out how I wanted to handle this situation before he was due home. I decided I would not bring it up to him because I have always told him that if he gets in trouble at school, it is his responsibility to tell me and I should not have to find out from someone else. I wondered when or how he would tell me. When he arrived home from school, he walked directly into the kitchen and put a paper on the table in front of me – it was the school detention form that I had to sign. I calmly asked him what happened, and he proceeded to tell me the entire story. I have worked hard the past few years on understanding my triggers and not overreacting when things like this happen, and my son has come to know that about me. I believe this is why he feels more comfortable coming to me when he has a problem or makes a mistake.

Just as I suspected, my son did not know the meaning of the inappropriate word he had used. So we had a detailed conversation about the word and the context for it. He fully understood afterward why that word would be offensive to a female student. I pointed out that his dad and I work hard to raise him to be a gentleman and from all that I can see, he usually conducts himself like one. I then asked him if he wanted to be seen as a gentleman and he said yes. I pointed out that gentlemen do not use inappropriate words like that around females. I asked him how he thought he should handle this situation. He said he had already apologized to the female student. She was surprised he was apologizing and said that she actually only heard the other student say the word and she had reported that student. She was surprised to learn that my son had also gotten a detention. So he assumed that when the male student was called down, he told on my son, and they both got detentions. Since they both said the inappropriate word, it is reasonable they should both face whatever consequences come for that.

I told him I was happy to hear that he apologized to the female student right away, and asked him if he thought he should talk to the male student. He said he planned to go to school the next day and tell the boy that he would like to be left out of conversations like that in the future because he does not want people to view him in that way. I agreed that was an appropriate thing to say to this student. I asked if there was anything else to do to make amends for this mistake he had made and he said no. I asked about the vice principal. He did not want to apologize to her because he had not done anything to her. I agreed that he did not need to apologize but he did need to address her because she is the school disciplinarian. I explained to him the awkward position I found myself in when she called me about his behavior when in the meeting a few weeks earlier I told her and the principal that my son would not be a student who would get a detention. I asked him how he thought that made me feel and he said “embarrassed.”

I further explained to him that many students who bring a detention form home will be punished – phones taken away, video games banned, being grounded and not allowed out with friends. He knows that I will not punish him, but that he will need to make full amends for what he did. After that, he did not complain again. He sat down at the computer and I walked out of the room. Later, he called me back to read what he had written. It was a perfect response to the situation. He said “I had a talk with my mom and understand the full severity of what I did.  I have apologized to the people it affected and I am going to think before I speak next time. Normally I hold myself to high standards and I will give my 100% effort to make sure it does not happen again.” Short and to the point.

I have held in my mind a powerful question that I heard Dr. Shefali Tsabary ask once: At this moment in time in my interaction with my child, am I building connection or furthering disconnection? In this interaction over a problem with my son, I was absolutely building connection. I could feel it. In fact, I could tell how connected my son felt to me for the rest of the night as we went on with our activities.

My son learned the lesson about his mistake, he handled himself beautifully, I feel confident he will not make this mistake again, and it all happened without the need for punishments, consequences, yelling or harsh, angry words.